Jane Orgel PC filed a total of 88 O-1 cases in 2019, several of which also entailed O-2 applications for essential support staff for the primary O-1 visa holder. See here for the complete list of applicants by country and profession, as well as the timeline from date of filing to approval and whether a Request for Evidence (“RFE”) was issued. 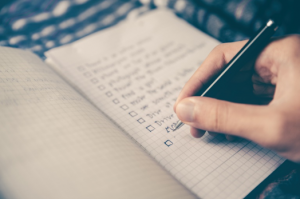 As we look back at 2019, we note a far more stringent approach to the adjudication of O-1 visa applications, in particular with respect to O-1 agent cases. Many of our cases are filed by self-employed artists, designers, entrepreneurs and consultants in a variety of fields, as well as start-ups.  The O-1 agent option allows such individuals to work for different entities, including their own companies, under the auspices of a U.S. agent-petitioner.  See www.artistsandentrepreneurs.com.   Heightened scrutiny by the Immigration Service of these cases has led to some employers who sign agreements with the O-1 applicants being contacted by the Department of State via email to check if the agreements are genuine.  According to an article in the Wall Street Journal (December 12, 2019), the number of RFE’s issued for O and P visas has gone by 20% since 2016, a daunting increase.

We were thrilled just now to have received Approval of a three- year O-1 renewal filed on behalf of Japanese graphic designer and illustrator, Fuki Funakoshi. Ms. Funakoshi contacted us directly from Japan and her initial O-1 agent case was approved from January 2016 to January 2019. 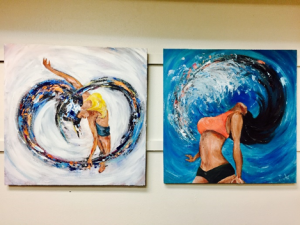 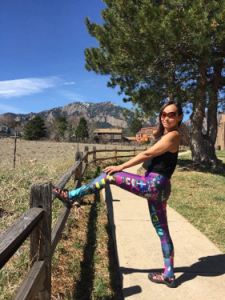 Fuki Funakoshi and her works 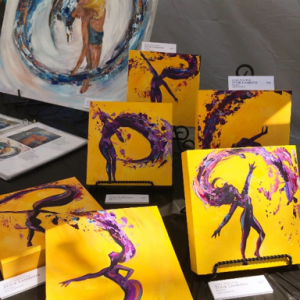 In January 2019, our office filed for a three -year extension for Ms. Funakoshi. The application was received by USCIS Vermont Service Center on January 11, 2019. Four weeks later, on February 13, 2019, a nine -page Request for Evidence was issued wherein the Service stated that Ms. Funakoshi no longer met the requirements for an O-1 visa.  Our office prepared an extensive detailed response, including new expert letters and contracts for upcoming work, challenging all the Service’s allegations with powerful arguments. The response was received by USCIS on April 29, 2019 and then the trail went dead!  Email follow ups to the Service only yielded vague automated responses. Finally, in January 2020, we switched to the Premium Processing Service and, one year after the application was filed, the case was approved for the remaining two- year period!!  Fortunately, Ms. Funakoshi was still in the United States and is now the happy and relieved recipient of an additional two years in O-1 status. To see Fuki’s iconic work, go to  http://www.fuki-net.tv/.

As an alternative to the O-1 and the H-1B visa, some employers and entrepreneurs are opting for the E-2 Investor Visa. The E-2 Investor Visa is available both to the actual investor as well as to the investor company’s Executive Employees and Essential Employees with Specialized Skills, as long as they possess the same nationality as the primary investor. We were pleased to obtain an E-2 Specialized Knowledge visa for a senior instructor sponsored by the educational organization SAPIX USA. SAPIX prepares Japanese students based in the United States for the rigorous Japanese entrance examinations. 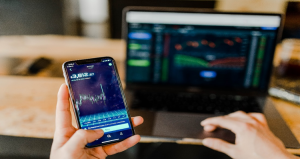 The adjudications of the Extraordinary Ability (EB-1) Green Card applications have become onerous, with approval rates dropping from 82% in 2016 to 56%, according to an article in the Wall Street Journal of December 12, 2019. Our office has directly experienced this rapid and unannounced change in the adjudication standard, with the receipt of multiple Requests for Evidence. Fortunately, we are in the habit of filing National Interest Waiver Green Card (EB-2) applications for many of our clients concurrently and these have met with success.  Most of the National Interest Waiver cases are self-petitions, where the applicants are either self-employed or choose to file by themselves and not be tied to an employer.  EB-1 and NIW applicants ranged from a Data Scientist and an Engineer to a choreographer and a multidisciplinary artist as well as lighting, graphic, architectural and jewelry designers. 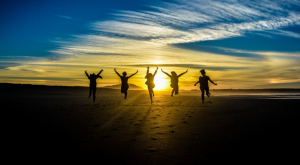