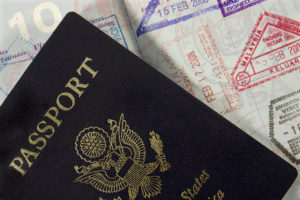 , a district court ruled that the Department of Homeland Security’s public charge rule (1) exceeds DHS’s authority under the public charge provision of the INA, (2) is not in accordance with law, and (3) is arbitrary and capricious, immediately setting aside the DHS public charge rule nationwide.

What is the Public Charge Rule? First established by Congress in 1882, the public charge rule was created to allow the U.S. government to deny a U.S. visa to anyone who “is likely at any time to become a public charge” — but without defining what “public charge” means. Under the Trump administration, the “Public Charge rule” is being interpreted broadly to reduce the number of people who are eligible for green cards and other visas, by redefining what makes them dependent on government benefits — or “likely” to be in the future. In other words, the government would first check an applicant’s financial status and capability to provide for himself before approving any immigration benefits.

On November 12, 2020, an Illinois district judge annulled the public charge rule, which cannot be implemented even if the government appeals this decision. This is a beneficial decision for applicants, who will not have to complete the self-sufficiency form (Form I–944) when they apply for a Green Card.