Due to intense scrutiny of the O-1 classification and an apparent focus on high income, we have been experiencing higher rates of Requests for Evidence than usual for the O-1 classification. Several O-1B three year renewals received RFE’s, including those for artists and designers who have already been in O-1 status for a number of years. This troubling trend indicates that extreme vigilance is needed even when filing for extensions and renewals where approvals were formerly almost automatic. It is taking 2-3 months to get approvals after submitting the responses to the RFE’s. We were pleased to receive an approval in January after two months for Chinese photographer Ting Pan who received a harsh RFE for her initial submission.

However, many cases continue to be approved within 2-4 weeks at the Vermont Service Center with careful preparation and strategy. Recent graduates who are doing a change of status from Optional Practical Training to O-1 seem to be very much on the radar. This type of scrutiny comes as the H-1B classification becomes increasingly hard to obtain and extend. Many designers and other professionals who previously might have applied for H-1B’s are realizing the value of an O-1 visa. Nevertheless, we recently had an O-1A approved in six weeks at the California Service Center for an Entrepreneur from Serbia who created a software application. We also had an O-1A Approval for a Social Entrepreneur from Macedonia. The O-1A classification is for those with extraordinary ability in science, business, education and sports.

An architectural designer from Spain who will be working as an independent contractor had her O-1 approved in a record two weeks at the Vermont Service Center this January with standard processing,. A Swedish architect was also approved through agent sponsorship in 10 days. Ignacio Gomes-Selles, a young Spanish architect who was on OPT and then 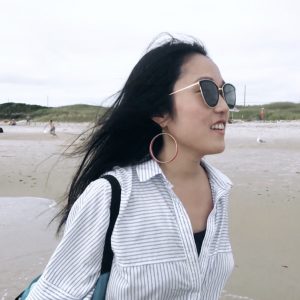 left the US for a few months had his case approved in three weeks with standard processing. Chinese architectural designer, Yitan Sun, had her O-1 change of

employer approved within a matter of days using premium processing. Chinese Curator, Qing (Sophie) Huang, who was sponsored by a New York City gallery, had her case approved in ten days with standard processing.

We also had an approval for a Turkish curator who was sponsored by an agent. Italian hip-hop dancers and choreographers, Dolores Parisi, Alessandra Mai Vinh and Mariele di Mauro all had three year renewals approved at the Vermont Service Center within three weeks with standard processing.

One option for recent graduates might be to switch to Curricular Practical Training (CPT) and thus gain valuable experience while working and studying at the same time However, it is difficult to do a change of status from CPT within the United States so consular processing is recommended. Another option is to simply leave the United States for a while to build up your career overseas before applying for an O-1 visa.

As we approach the H-1B season, it appears that the emphasis of the Immigration Service will be on highly qualified applicants being offered high salaries. A recent change in the law means that applicants who hold a US master’s degree will have a greater chance of being selected in the annual lottery which takes place every April.

In December 2018, we were pleased to obtain a work visa for entrepreneur Nenad Milanovic from Croatia, the CEO of tech start-up, COING. Nenad writes:

“Jane and her team handled my visa application with painstaking attention to detail. All my questions and concerns were promptly answered. They were clearly very experienced and knowledgeable. The process was very smooth.”

Overall, denials have increased by 37% under the Trump administration. An article from the Cato Institute contains more details but essentially all categories and benefits are affected. Now, more than ever, careful lawyering and preparation is needed to ensure a successful outcome.